SYPEMEDA (Stage for Young PErforming and MEDia Artists) seeks to enhance the access of young artists to platforms for artistic expression. The project will bring together two artistic disciplines (Performing and Media Arts) having promising perspectives to enhance each other mutually.
In a two week collaboration, including dancers, directors, actors, mediaartists & musicans, I was helping to develop three smal pieces. They where show in the end of August 2012 in the Theater for Belarusian Dramaturgie in Minsk.

The slideshow is an overview of the Project I was involved.

The dance performance “Individual in the Masses” directed by Elena Zaiats, with the participation of the dancers Evgeniya Romanovich, Irina Vasilkovskaya, Alesya Petrashevskaya, Dariya Ivanova, Maksim Shishko and Ivan Streltsov. The music was improvised by Alin Ghermann, Lukas Huber & Nicolas Schmutz.
For this dance-piece I projected some generative generated realtime visuals, I could smoothly change during the performance to interact with the dancers on stage.

An other piece is a collaboration with Andrey Sauchanka (director & actor), Olga Savich (photographs), Ivan Potapov (actor) and Alin Ghermann (music). The piece was based on “Presence Effect:Nameless” after Samuel Beckett. For the scene play I was projecting the pictures made by Olga using effects and mapping.

The last work was about the developing of language. Thogether with the director Elena Pljutowa and the media artists Rebecca Grossen and Philipp Cron we developed some basic sounds and a simple electroacoustic setup. During the performance the actors Julia ? and Oliver Stein try to find a common language but the different conditions made it difficult. 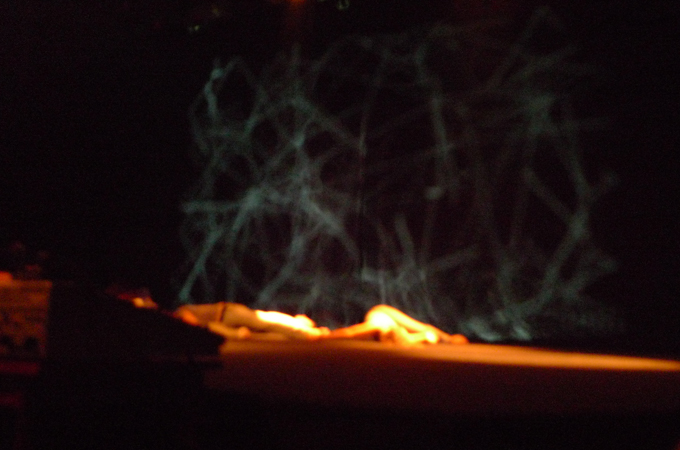 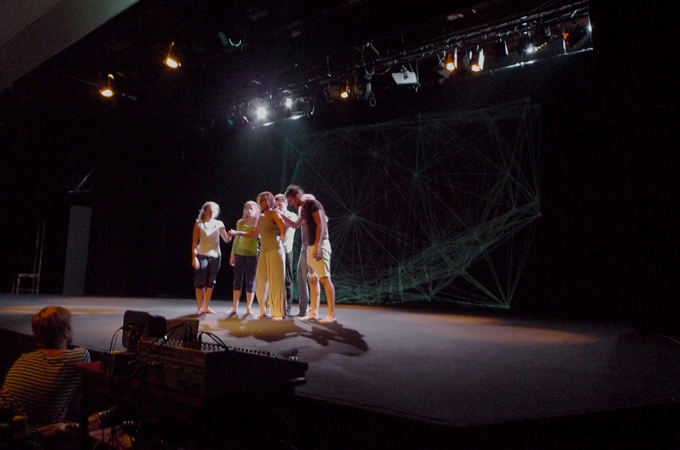