The extraordinary event Atmosphere was created as an experiment to extend the normal concert experience. Beside the two bands Proust and Liima playing, the room was decorated with baloon clusters. During the performances dancers were supporting the audience and allready in the entrance the visitors were welcomed with an chocolate created for the ocation.
As the stage was placed in center, we developed an installation with four circles with semi transparent fabric as screens, using both a projector and a show-laser to create content. To imerse the audience, additional led-poles were placed along the wall. 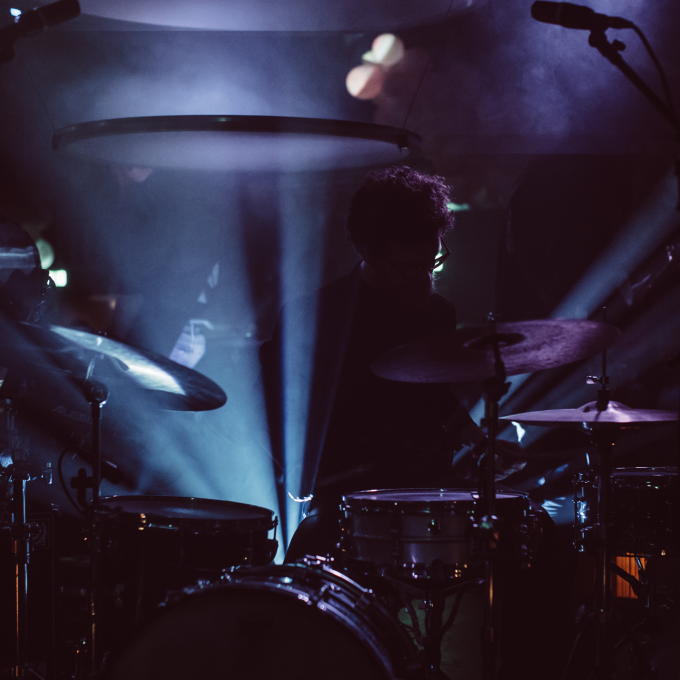 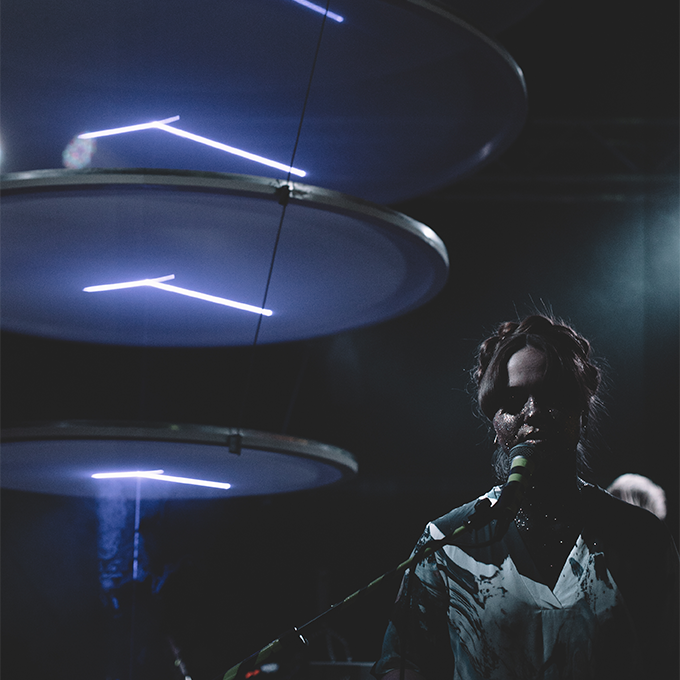 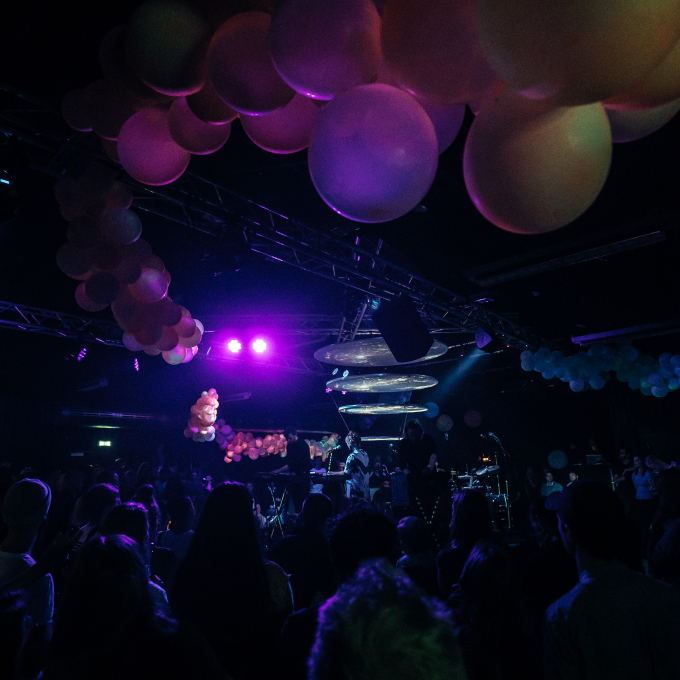 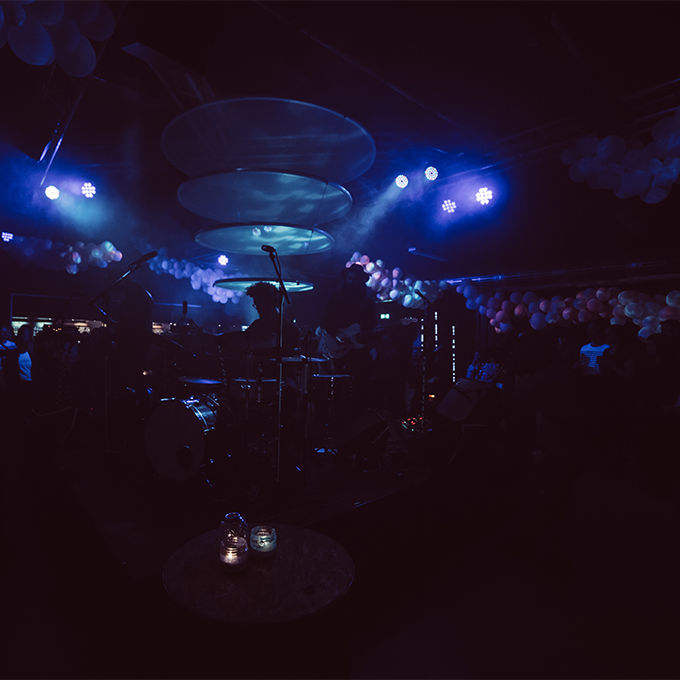 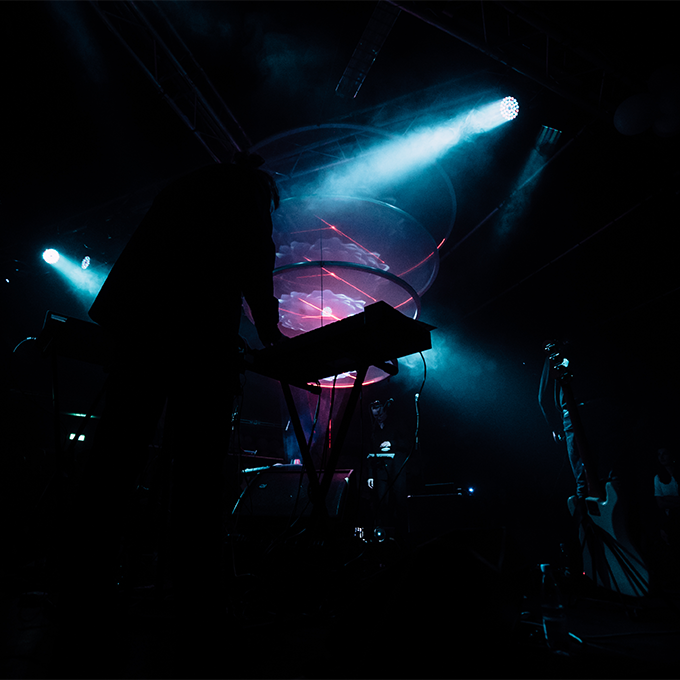 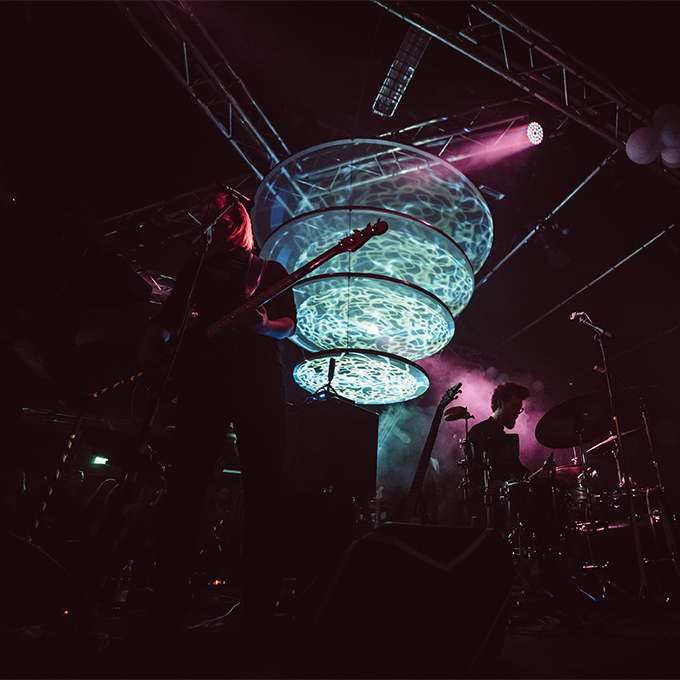 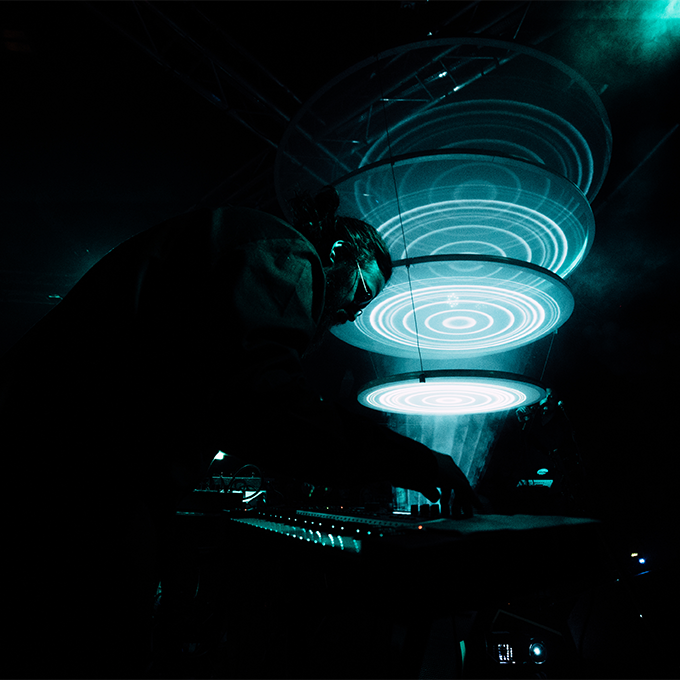 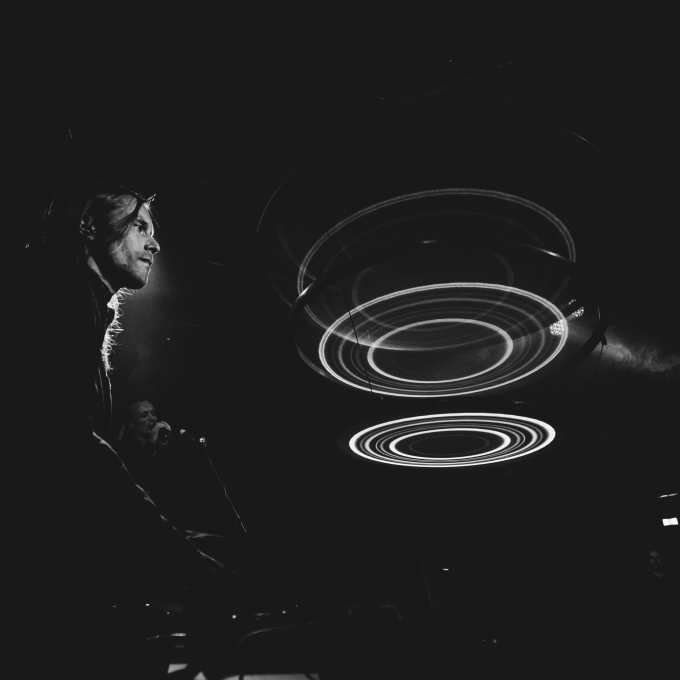 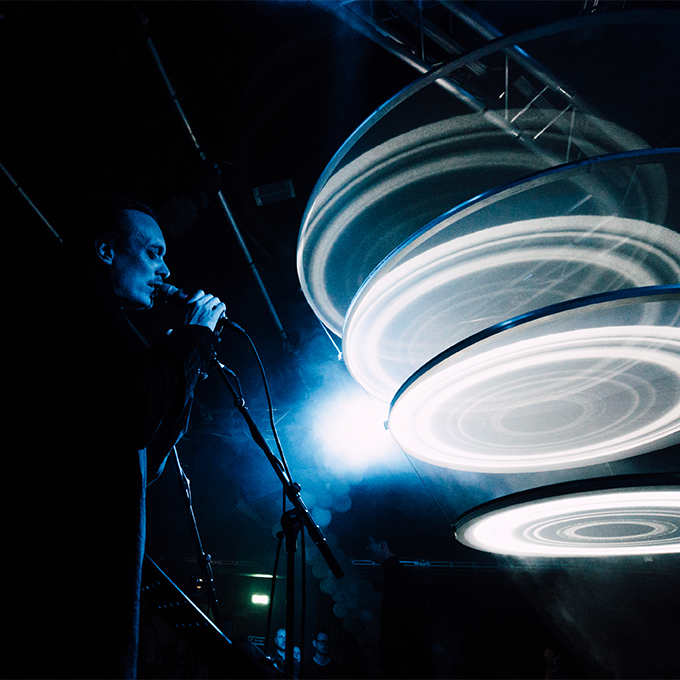 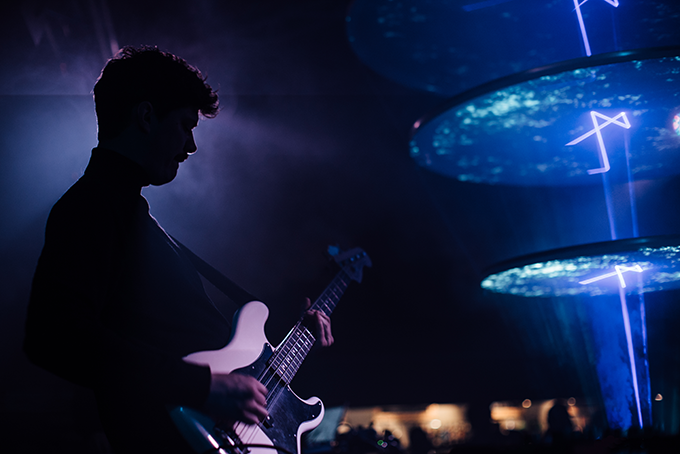 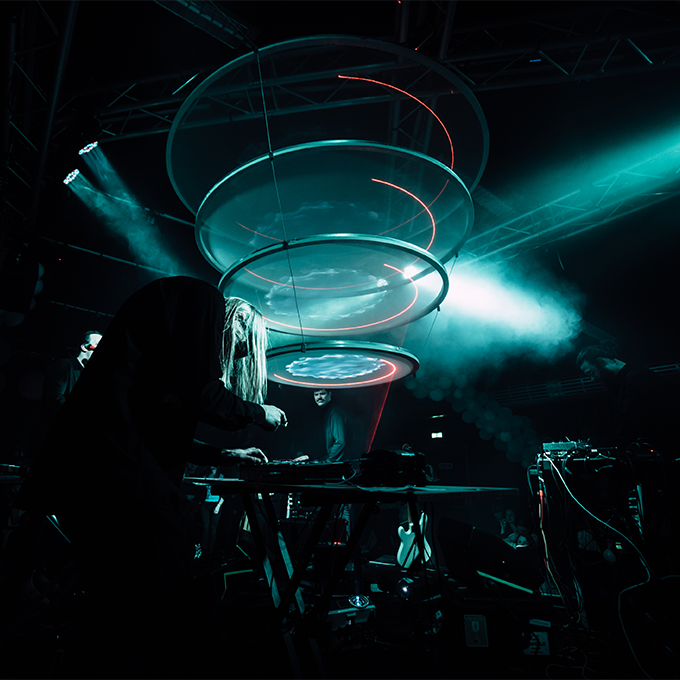 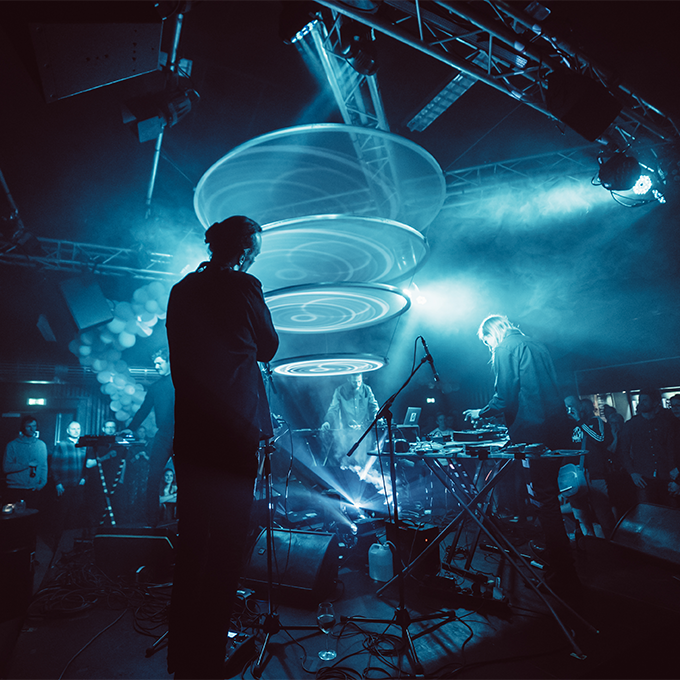 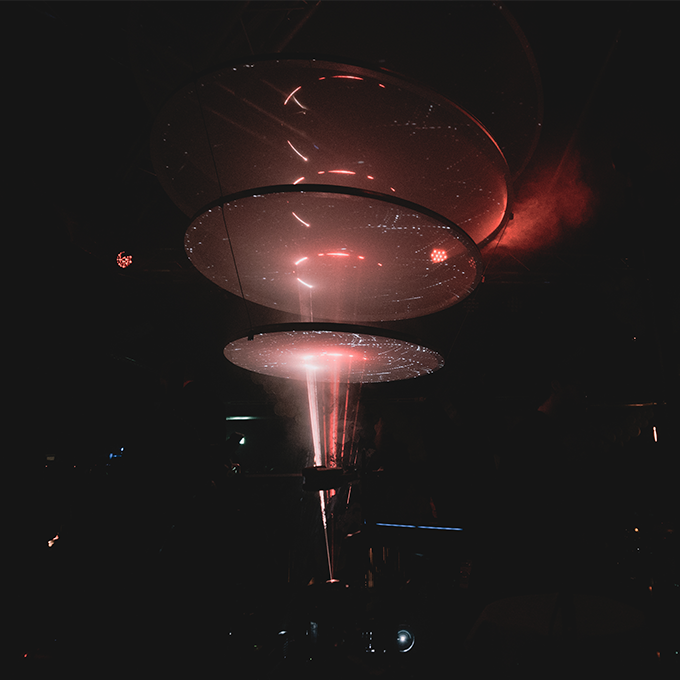